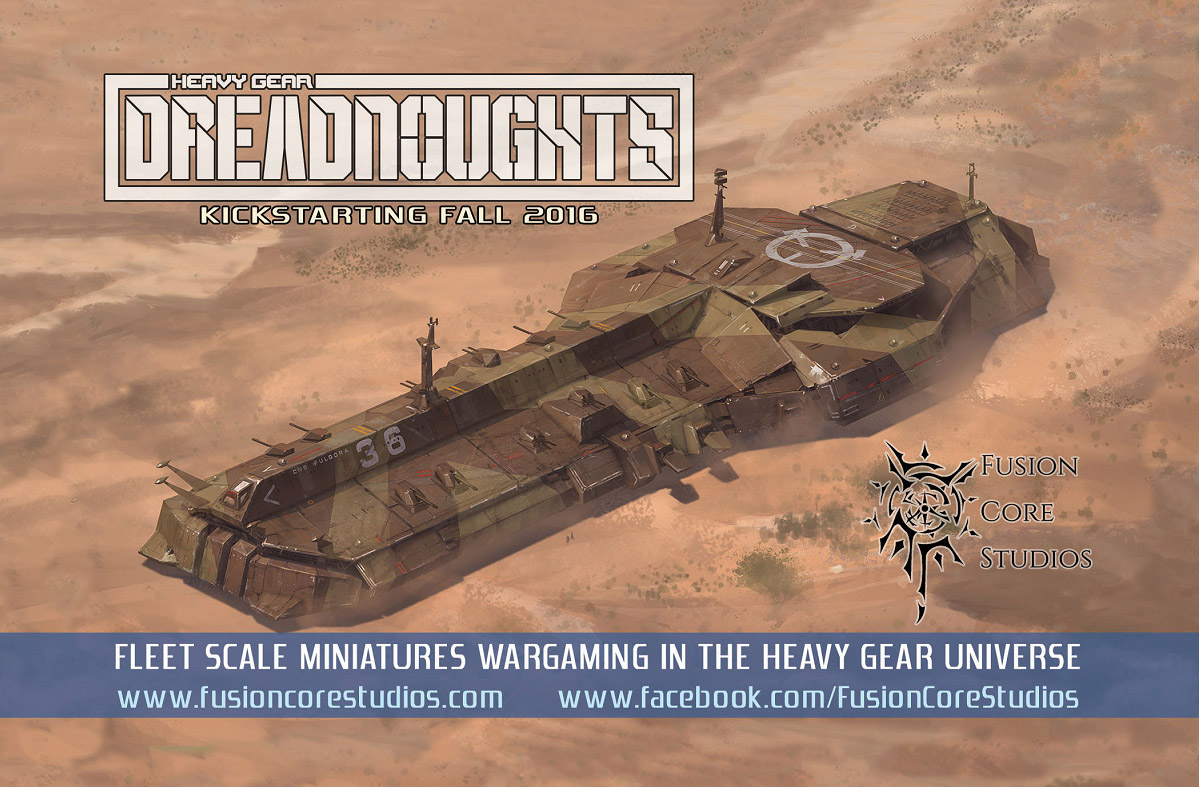 The game is supported by a line of miniatures, including 1/2500-scale landship models. The highly-detailed landships are all-new designs, using modular components to allow construction of multiple variants from the Northern and Southern Terranovan nations. The rules are designed for fast play and strategic thought, with most games taking about an hour to complete. Future supplements will introduce additional factions, campaign integration with Heavy Gear Blitz, and legacy inclusion for previous Heavy Gear Fleet Scale miniatures.

“Landships have always been a background element in the Heavy Gear universe since our first RPG book in 1995, and the whole time, fans and new players alike have been clamoring for more of these crazy, yet compelling, sci-fi behemoths. Rather than just reuse our 20-year-old designs, we decided it was time to fully update both the ship designs and their rules, and we’re excited to be working with Fusion Core Studios as our licensed developer. Wunji Lau has a long history as a designer and writer at Dream Pod 9, and his passion and creativity are perfect for bringing a new dimension to the Heavy Gear franchise and storyline.”
Robert Dubois, President, Dream Pod 9

I’ve been fascinated by Heavy Gear’s landships from day one of the RPG, and our team is massively excited to be building this project. We hope to satisfy both the expectations of longtime fans as well as attract new players with fast-moving, dynamic gameplay and a sleek, yet grounded, visual style. I think I can safely say that this will be one of the best giant-antigravity-land-battleship games around.”
Wunji Lau, Fusion Core Studios

Checkout the image below of the new Northern Susano-o Class Landship, prepared for a Gen Con flyer to promote the upcoming Kickstarter this Fall. For the latest information, more images, and updates on Heavy Gear: Dreadnoughts, please visit the the Fusion Core Studios Facebook Page at the link below and “Like it with the notifications All On” selected.