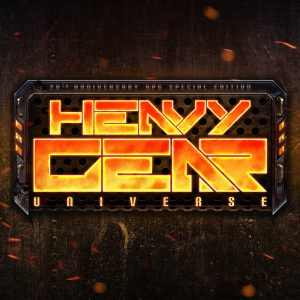 Dream Pod 9 is pleased to announce a multi-year exclusive license with Arkrite Press LLC for the Heavy Gear Roleplaying Game as well as a line of RPG miniatures and models to support game play. Additionally, Arkrite Press LLC is licensed to publish Heavy Gear fiction and merchandise in a variety of mediums.

“Dream Pod 9 has been focused on the development of Heavy Gear Blitz, a dedicated tabletop miniatures wargame, and currently has a new edition in development. Heavy Gear has always had a strong roleplaying component that we and the fans have always wanted to bring it back with the attention to detail that it deserves. Arkrite Press LLC has the vision and experience to bring back the roleplaying game in a way that it deserves. Greg Perkins and Jason Dickerson of Arkrite Press LLC have been key members of Dream Pod 9’s creative team and development, and both of them have a passion for the setting and the drive to give the roleplaying game the time and effort it deserves.”

“Arkrite Press LLC is thrilled to be able return the fans to the world of Heavy Gear roleplaying. Greg Perkins and I are huge fans of the original source material, and we have wanted to see the roleplaying game back in active development for as long as we have been collaborating. We hope the fans enjoy what we have planned for the game and look forward to hearing from them. Be sure to check out our website for weekly updates!”

Dream Pod 9 is a Canadian game publisher based out of Montreal, Canada and has created multiple titles including Heavy Gear, Gear Krieg, Jovian Chronicles, Tribe 8, and Core Command. Dream Pod 9 is owned by Robert Dubois.

Arkrite Press LLC is an American publishing company based out of Murfreesboro, Tennessee and is co-owned by Greg Perkins, Dream Pod 9 art director, and Jason Dickerson, Dream Pod 9 line developer.

Heavy Gear is a rich science fiction setting featuring giant robots with dynamic combat mechanics and fast paced gaming. The setting has spawned dozens of sourcebooks, a comprehensive miniature line, two video games with a third in development, and an animated television show.