Dream Pod 9 has renewed the Heavy Gear eSports computer game license with Stompy Bot, for an additional five year term. Further, Stompy Bot will announce a series of eSports tournaments and events with a number of eSports partners as a major part of a marketing ramp up strategy. You can checkout the the full press release at the following link.
http://www.stompybot.com/blog

Also, this weekend the Heavy Gear Assault computer game is available at a special price on Steam as part of the Steam’s Summer Sale. Plus a new patch is available for the game and Stompy Bot has preview the new Northern Leopard Gear that will be added to the game in the coming weeks. Check out the attached image of the Leopard screen shot and you can visit the Heavy Gear Assault Page on Steam via the following link.
http://store.steampowered.com/app/416020/Heavy_Gear_Assault/ 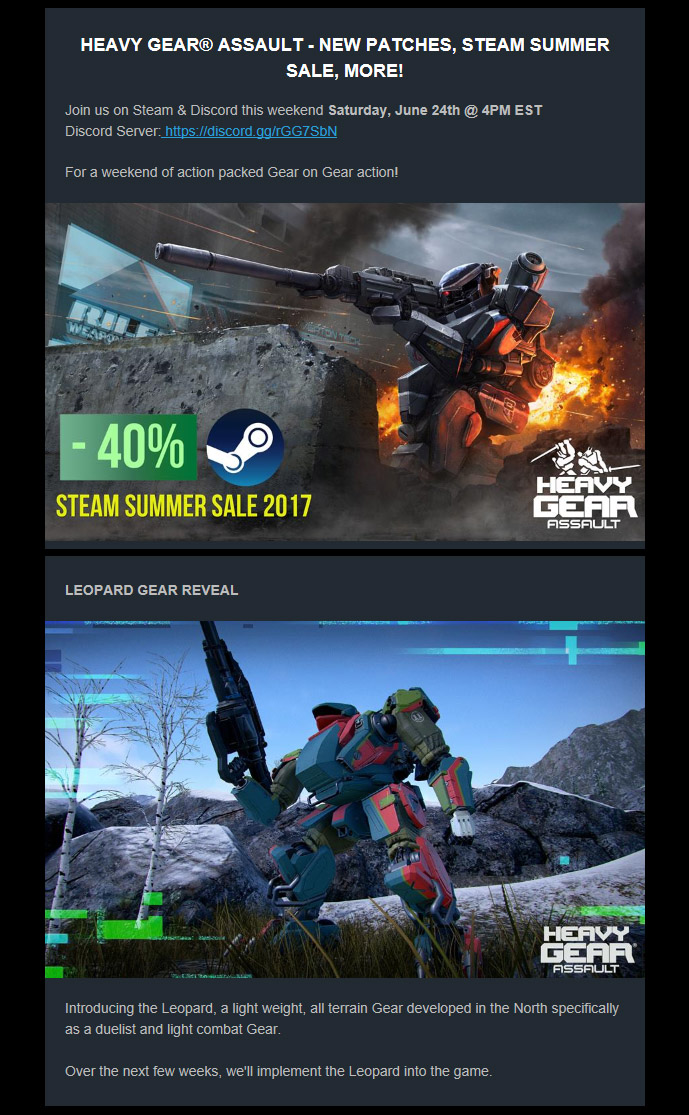